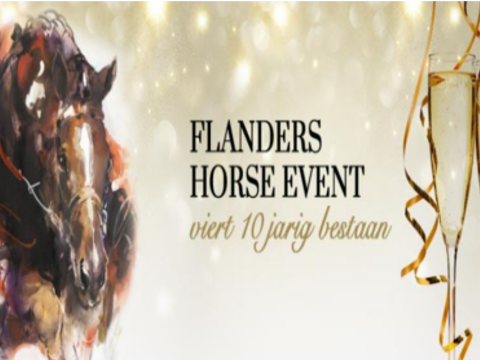 Today was the first day for the participants of the CSI-3* at Flanders Horse Event.

The price Tal Milstein Stables for six year olds yielded no less than 27 flawless combinations. For our rider Ivo Biessen there was also a clear round with Jaita Versoe (S. Der Senaat III). In the 7-year-olds 22 clear rounds were noted. Later in the evening Chloé Vranken came in action in the 1m40 class with Caipirinho N (s. Cardino). She rode an incredibly sharp round and finished third behind Patrik Spits with Dolce Vita DH and Vincent Lambrecht with Diabeau.

The evening ended with a six bars were Jerome Guery rode to a 4th place with Strangelove Ennemmel (v. Quaprice Bois Margot) after an unfortunate mistake in the last round! The first place was shared by Alexander Kumps and Gilles Detry, followed by Daniel Deusser.

Zojasper keeps up the good results!

Zojasper is again being very consistent and got placed 4th on both days he was jumping!
30-07-2015

A good start for Zojasper and Jerome Guery at their first show in Lummen .  Jerome rode Zojasper to a 5th place in the Qualification for the GP on friday .
14-04-2015

We wish the best of luck to Kirsten Coe, Czardas,Baronez & Lovsta Stuteri at the World Cup Final in Las Vegas .
09-04-2015

Last weekend we were at Z-Stallion Approval with our 4-year ‘Luigi d’Eclipse’ where he was greatly appreciated by the jury & spectators. On Sunday he got the approval from the jury. Tal Milstein purchased Luigi d’Eclipse during the 2011 BWFA foal auction. More information about the horse & BWFA you...
09-04-2015

Jaita Versoe in action in the YH final at csi Bonheiden .
01/03
Back to news page
fMarkMenu(260);