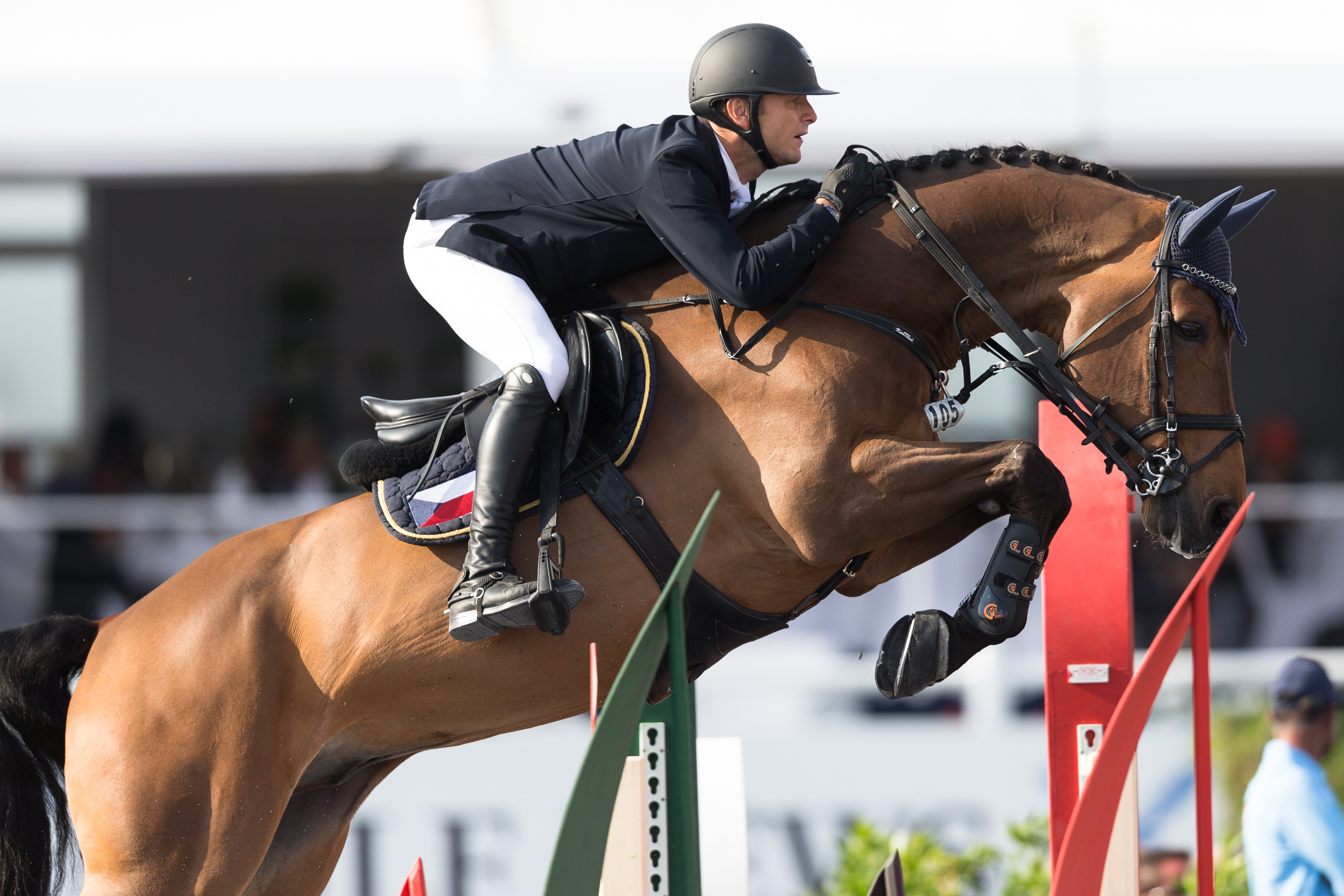 Ales Opatrny became the first rider from the Czech Republic to win the Emirates Airline Dubai Grand Prix FEI World Cup Qualifier as he guided Acovaro to upstage a strong field of 28 competitors on the closing day of competition at the Dubai Equestrian Club. Third place went to France's Frederic David with a time of 46.60s on Baloussini. In winning, Opartrny picked up a prize purse of Dh80,850 from a Grand Prix total purse valued at Dh245,000.

Yesterday in Azelhof, during the CSI2*, Enzo van de Herkant jumped a superb round in the 1m45 Longines Ranking class. Unfortunately Chloé and Enzo had to note one time penalty!
18-12-2015

Maria Schaub and Hilfiger van de Olmenhoeve have again showed their amazing capabilities. In Florida, during the ESP Festival, they have jumped to a 5th place in the $25,000 Grand Prix! Congrats!
18-12-2015

Honoust Lady and Vincent Lambrecht have jumped again to victory! This time, they finished 1st in the 1m35 class at CSI2* Lier.   The day before, they have also jumped an easy clear round in the 1m30 class: https://www.youtube.com/watch?v=YOvYTBFRSwY
07-12-2015

Chloe Vranken was competing at CSI Lichtenvoorde this weekend. On Friday she was successful with Hetman of Colors in the 1m35 and in the 1m45 class she jumped an easy clear with Elton Jones on Friday!
07-12-2015

This weekend at CSI 2* Opglabbeek Abdel Said and Alicante jumped their first show. On Thursday, the new combination was clear but had one time penalty in the openings 1m30 class. The next day they jumped the 1m35 class finishing 10th. On Sunday, in the Medium Tour final, Alicante showed...
07-12-2015

Last Saturday, Abdel Said and Castilion van Groenhove won the 7 year old class at CSI 2* Opglabbeek. Abdel Said proved to be the man in shape, also finishing second in this class with his other horse It's the Senator 111. On the third place finished Emma Augier de Moussac...
30-11-2015

This weekend TMS was present at CSI 3* Opglabbeek. On thursday Diesel GP du Bois Madame started amazing, jumping clear but unfortunately one time penalty was noted. Also the other days Diesel jumped clear but had to tolerate some time penalties. On friday also Hetman of Colors was clear in...
01/03
Back to news page
fMarkMenu(260);