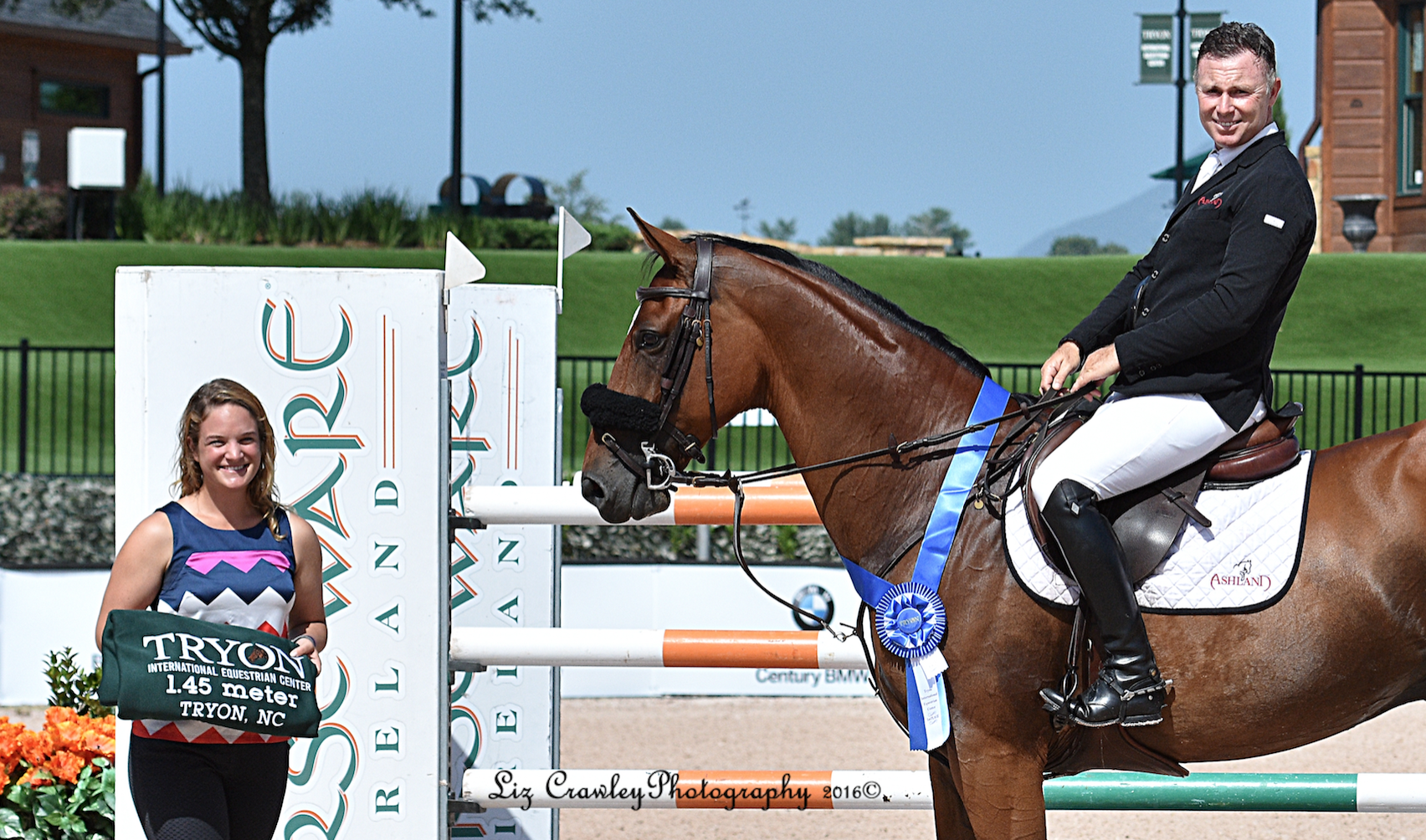 Wordley and Famoso D Ive Z have been partners nearly ten months now and the horse is only nine years old, with a bright future ahead. The gelding has won three $35,000 1.45m Horseware Ireland® Opener classes at TIEC and Wordley mentioned that he focuses on competition mileage with this horse in particular to gain more experience.

“I have jumped him in some big classes for just being nine. Now he’s really beginning to step up his game and his education level is great. It doesn’t matter how talented they are; they must have a certain education level and capacity to compete in the big classes. Famoso D Ive Z is really starting to learn his trade and when he knows what he is doing, he is very hard to beat.

Two days later in the 1m45 speedstake, Wordley and Famoso showed again their qualities and finished second, after again a very fast round!

All eyes were on 2014 and 2015 Derby winner Trevor Breen as the final day of competition unfolded at the Hickstead Derby Meeting to see if he could make it three wins in a row of the Equestrian.com Derby. But this time it was England’s William Whitaker who took a...
27-06-2016

On Friday the 1m55 class of GCT Monaco was quite succesful for Jérôme Guery and Alicante (Casall x Indoctro), another dangerously fast combination who saw double success in the LGCT Chantilly speed classes earlier this month. Guery and Alicante gave it there all, and came excruciatingly close to Allen’s time,...
20-06-2016

In the CSI4* Langley Grand Prix, Alberto Michan and Gigolo van de Broekkant finished second. The $129,500 Nations Week Finale Grand Prix proved to be a difficult course with only two double clear rounds. Nayel Nassar won the class with Lordan being one second faster than Alberto and Gigolo.
01/03
Back to news page
fMarkMenu(260);