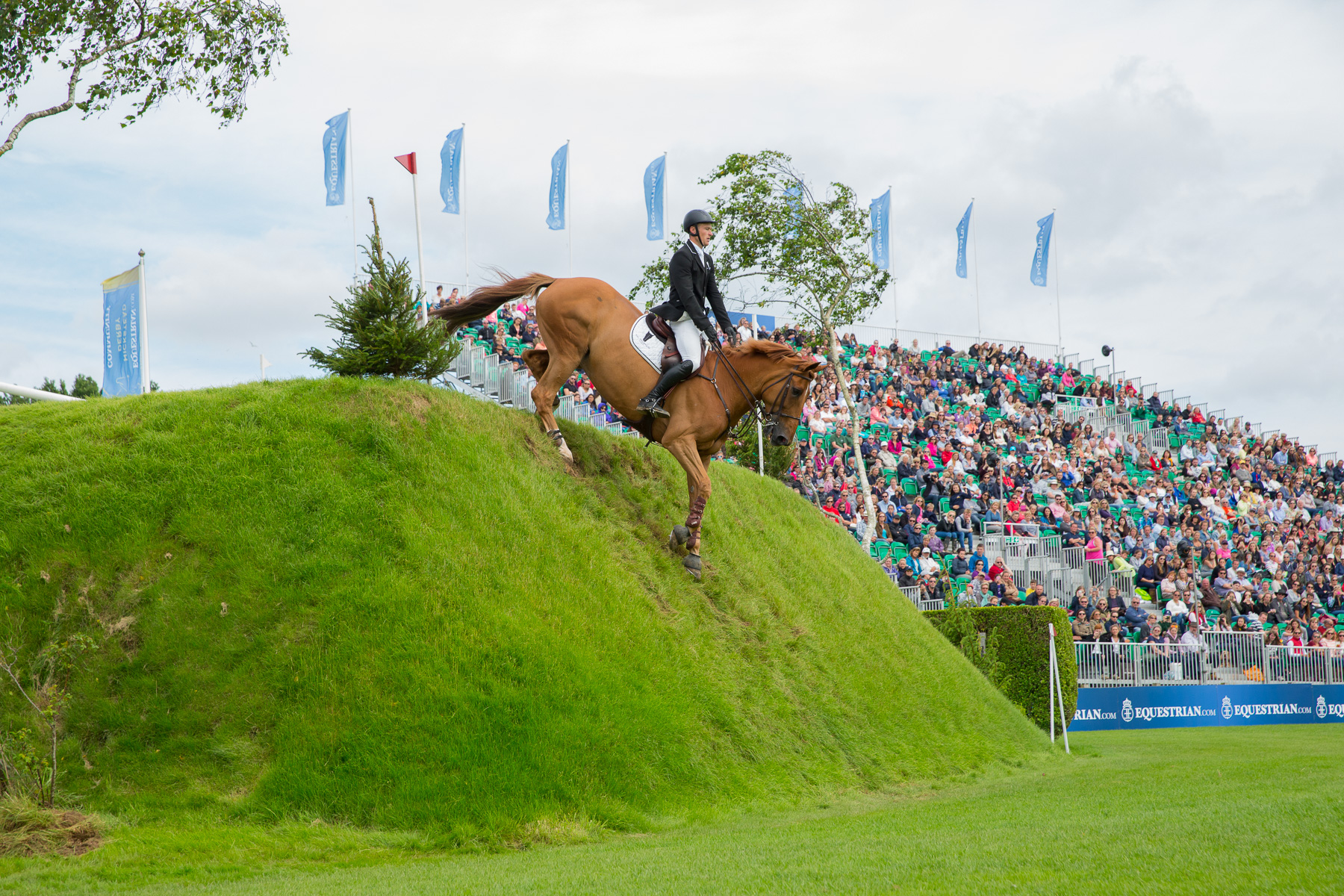 All eyes were on 2014 and 2015 Derby winner Trevor Breen as the final day of competition unfolded at the Hickstead Derby Meeting to see if he could make it three wins in a row of the Equestrian.com Derby.

But this time it was England’s William Whitaker who took a triumphant win in the €140,000 Equestrian.com Derby, riding the 13-year-old Irish Sport Horse gelding Glenavadra Brilliant (Brilliant Lad X Powerswood Purple). They were the only pair of the day that kept all the poles up despite scoring a time fault in 180.64 seconds.

William is the third member of the Whitaker showjumping dynasty to win the Hickstead Derby. John and Michael Whitaker have both won Hickstead’s most famous class a total of four times, and now William’s name will join theirs on the Boomerang Trophy.

“It’s one of the classes I’ve always really wanted to win. My horse is always knocking on the door, having been second in several other derbies in Europe, so I’m pleased to finally get the win today,” said Whitaker. “He’s strong and scopey, and he’s got a lot of stamina, when he jumped the last fence he almost felt as if he could have done it again.”

The class proved to be a real challenge as none of the 34 riders managed to complete the course on 0 faults.

In the CSI4* Langley Grand Prix, Alberto Michan and Gigolo van de Broekkant finished second. The $129,500 Nations Week Finale Grand Prix proved to be a difficult course with only two double clear rounds. Nayel Nassar won the class with Lordan being one second faster than Alberto and Gigolo.
06-06-2016

The Global Champions Tour in Chantilly couldn't have started better! In the 1m50 CSI5* Class, Jérôme Guery and Alicante proved to be absolute worldclass! Guery’s impressive speed resulted in the top spot that was over a second faster than the rest of the field in 69.83 seconds. Also Daniel Bluman...
01/03
Back to news page
fMarkMenu(260);